I know, I know… I’ve gotten terribly behind. Thank goodness I kept a travel diary during our Balkans road trip or I wouldn’t remember what to write about anymore! The past few weeks have been a bit packed with the end of exams, the start of my summer internship and visits from some fabulous guests, but I’m ready to get back on the blogging horse (…that metaphor shows you just how out of practice I am, am I right? I’ll get the hang of it.) So without further ado, let me give you a little taste of the gorgeous Croatian city of Split:

Gui and I arrived in the late afternoon after an easy drive from Dubrovnik, but a tiny bit disappointed that neither the Croatians nor the Bosnias had stamped our passports when we drove through Bosnia’s narrow strip of coast between the two cities. A staff member from our hotel — the lovely Antique Split Luxury Rooms, which I cannot recommend more highly — met us at a parking lot in a golf cart to show us where to park our car and then guided us through the maze of streets to the hotel, as it is actually located inside what used to be Diocletian’s Palace. Let me just rave about the hotel a bit more: Our room — the cheapest one available — was beautiful, the shower was enormous, and the staff made delicious scrambled eggs for breakfast, helped us track down a shopping mall to buy extra layers when a cold front hit and prepared sandwiches for our early morning departure without prompting. Total class.

Our first night in Split was not the best, however, because we were stuck navigating the confusing streets in the rain and kept ending up at restaurants recommended by our guidebook that were closed or fully booked. When we finally found an available table, we were sandwiched between two other couples — one of which was arguing — and feeling pretty crappy, so we scarfed down some food and headed back to the hotel to relax.

We spent the next morning exploring Diocletian’s tomb, which was later turned into a church, and the Temple of Jupiter, and climbed the pretty terrifying rusty metal steps to the top of the bell tower for a sweeping view of the city. Afterward, we toured the underground remains of Diocletian’s Palace (from the 4th century AD!) and then made the trek up the hill to Marjan park for yet another incredible view. Hungry from all the climbing, we navigated to a vegetarian cafe for some delicious and super affordable veggie burritos and then hopped on a local bus to the city center mall in search of additional clothing layers. I had checked the weather for the trip before we left Geneva, but the forecast had changed from temperatures in the 60s F to temps below freezing with SNOW for our destination the following day and the only coat I had was a jean jacket. Whoops.

Later that evening, Gui and I enjoyed a spectacular pizza dinner and then wandered around the gloriously empty old town, pondering a bit of history as we walked the ancient streets. Early the next morning, we were off to our next destination — Plitvice Lakes National Park — and yes, it really snowed there. More on that later though. For now, enjoy these photos from Split! 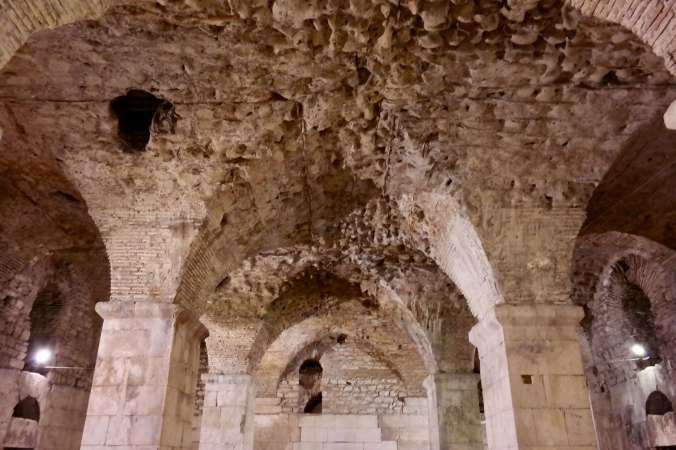 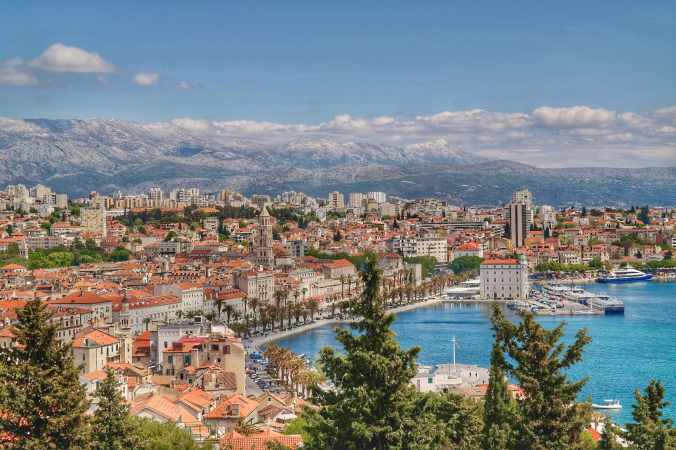 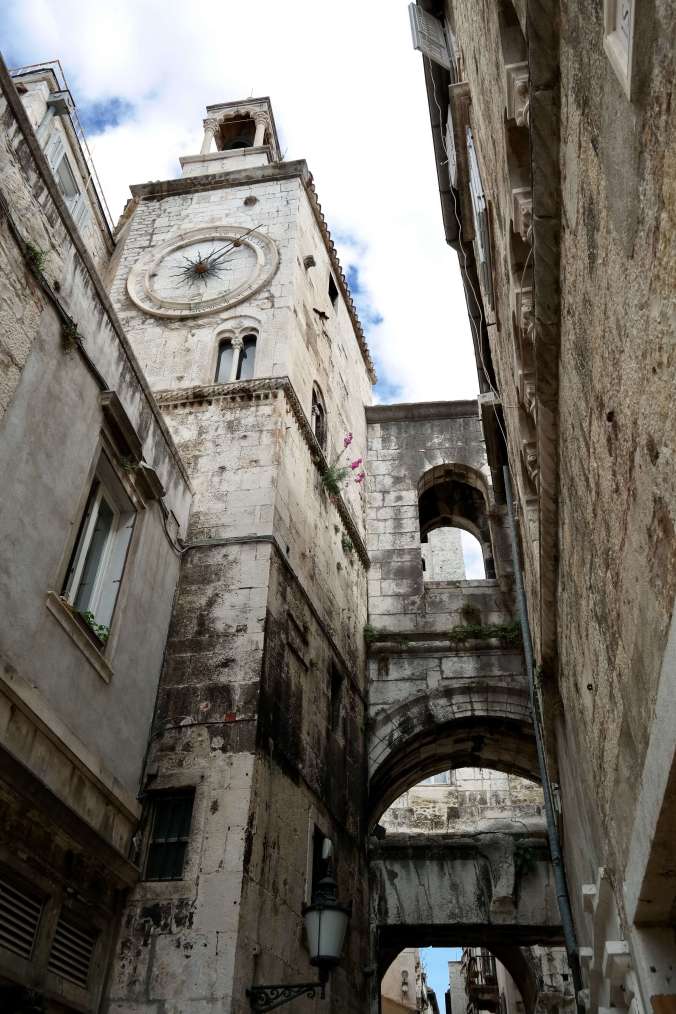 One thought on “Split: Even More Croatian Beauty” 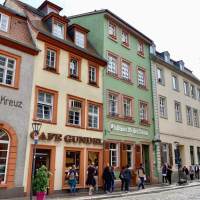