My husband the European history buff loves all things Napoleon, so when I spotted bargain plane tickets to Corsica on Thursday I took Easy Jet’s “only three seats left at this price” warning seriously: I confirmed the 24-hour free cancellation window in case Gui had a conflict, raced through the checkout process and had an email confirmation in my inbox a few minutes later. After work, Gui eagerly signed off on the flight times and early Saturday morning we were up and ready to go explore the French emperor’s birthplace. Just not early enough, it turned out…

Somehow I had gotten in my head that our flight left at 7am, but, while I was in the shower at 5am, I had a sudden epiphany than it *landed* at 7am and actually left Geneva at 6am. Guillaume called a cab while I frantically washed the shampoo out of my hair and we dashed outside. Twenty minutes later, we ran like maniacs to the airport security line and made it to the front of the queue five minutes before our gate was supposed to close. That was when – icing on the cake – the security guard scanned my boarding pass and informed us that we actually needed to wait on a separate line downstairs specifically for passengers traveling to France. Muttering about how that’s why it makes sense to check tickets *before* everyone waits to go through security, we sprinted downstairs to the “French sector” where a considerably longer line awaited us – but also the welcome news that our flight was delayed by 30 minutes. We made it to the gate just as they started boarding.

A stressful way to start a weekend adventure? Oh yes. But any lingering bad feelings quickly evaporated when we stepped off the plane in sunny, palm tree-dotted Ajaccio – seemingly worlds away from the chilly, rainy Geneva of late.

Guys, Corsica is gorgeous. I was almost hesitant to blog about it because the island was so delightfully *not* overrun with tourists I felt like I had some responsibility to keep its charm under wraps – but then I decided that my little travel blog isn’t really likely to change things. We used Ajaccio, the capital and Napoleon’s birthplace, as our home base and rented a tiny manual car to explore the island during our two-day stay. Sweeping coastlines, pristine beaches and majestic mountains are all within a couple hours drive.

After grabbing crepes for breakfast, we wandered around Ajaccio’s port and then walked over to la Maison Bonaparte. Napoleon was born in the house in 1769 – though it looked considerably different back then – and lived there until he left for school at age nine. His last stay was in 1799, after he returned from leading a French expedition in Egypt. For Guillaume, who knows enough Napoleon trivia to fact-check the tour guide we had in Paris a few years ago, the visit was like making a pilgrimage; boy was he excited! I picked up my own arsenal of Napoleon tidbits from the audio guide, which Gui quizzed me on during dinner that night. Be warned though: I had read online that the couch Napoleon was born on is displayed in the house and that’s not the case. I guess it’s a prevalent myth because they made a point of stating that it wasn’t *the couch* in the audio tour. They have identified *the room* that he was born in, however, so Napoleon fans, do not despair. 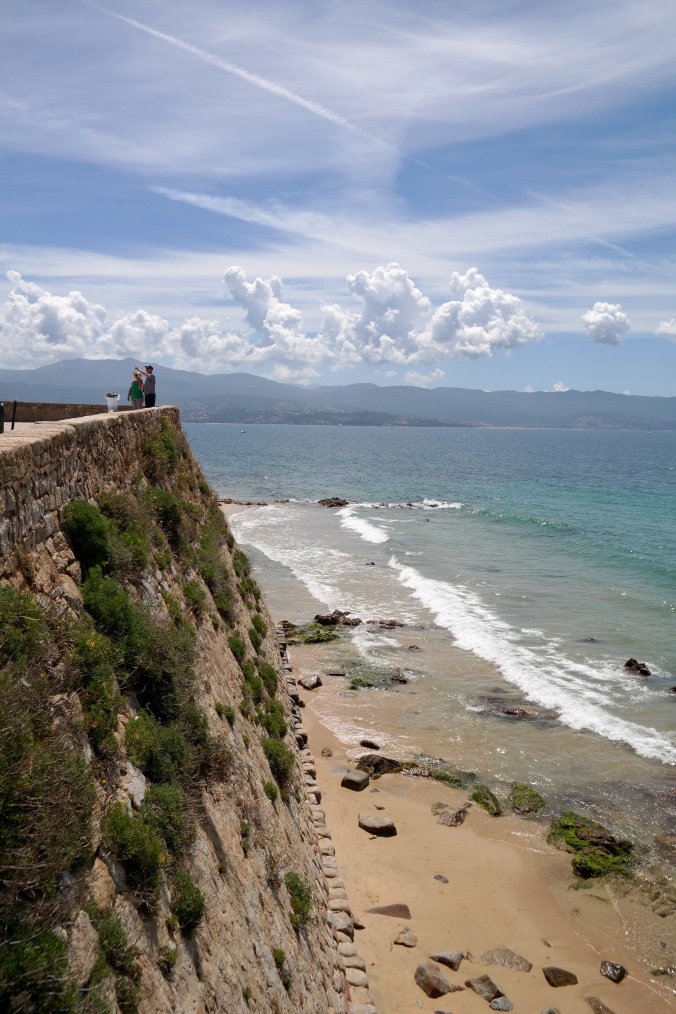 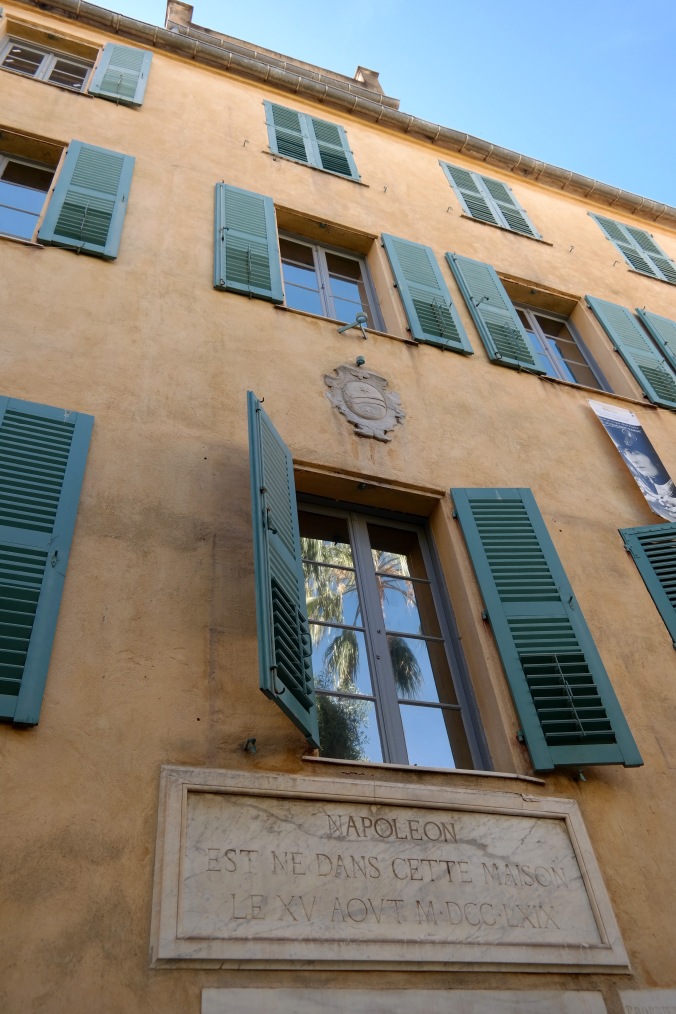 After lunch in Ajaccio, we drove our little car through the incredibly windy mountains to the inland town of Corte for a visit to the citadel. The stone fortress perched on top of a dramatic cliff was well worth the climb and the gelato we picked up on the walk down hit the spot afterward. Signs of the island’s independence movement are especially visible in Corte, where graffiti covers a number of buildings and some signage has the French translations crossed out, leaving only the Corsican names for confused travelers like us to navigate. We drove back through the mountains to Ajaccio that evening, continually getting passed on the one-lane highway by aggressive Corsican drivers, and collapsed into bed after a quick dinner at the hotel restaurant.

I’ll leave it there for today, but check back tomorrow for a post about our trip to the island’s southern tip: the town of Bonifacio. Enjoy the photos! 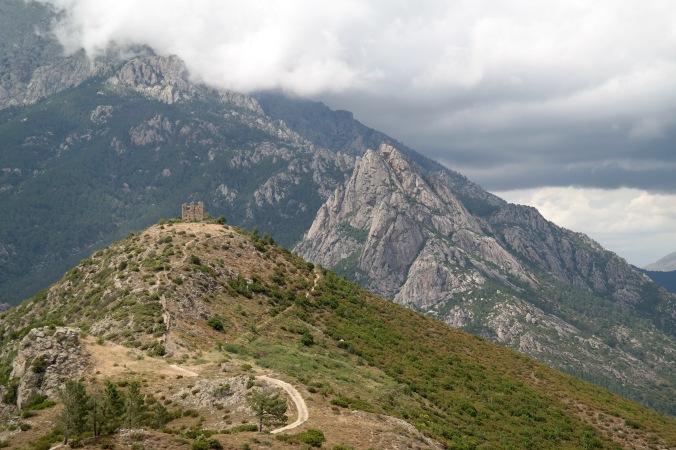 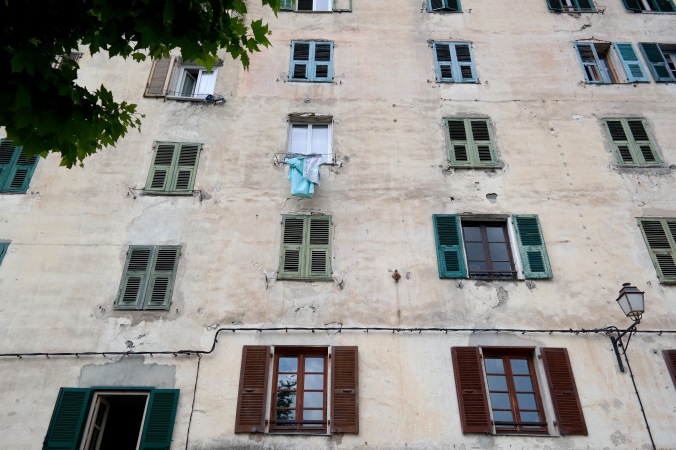 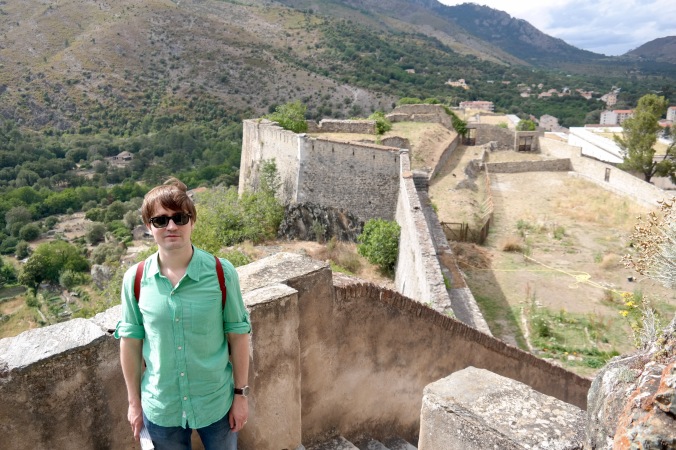 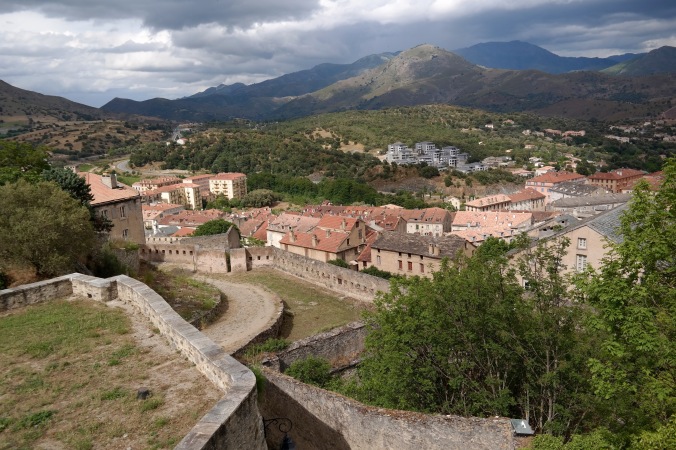 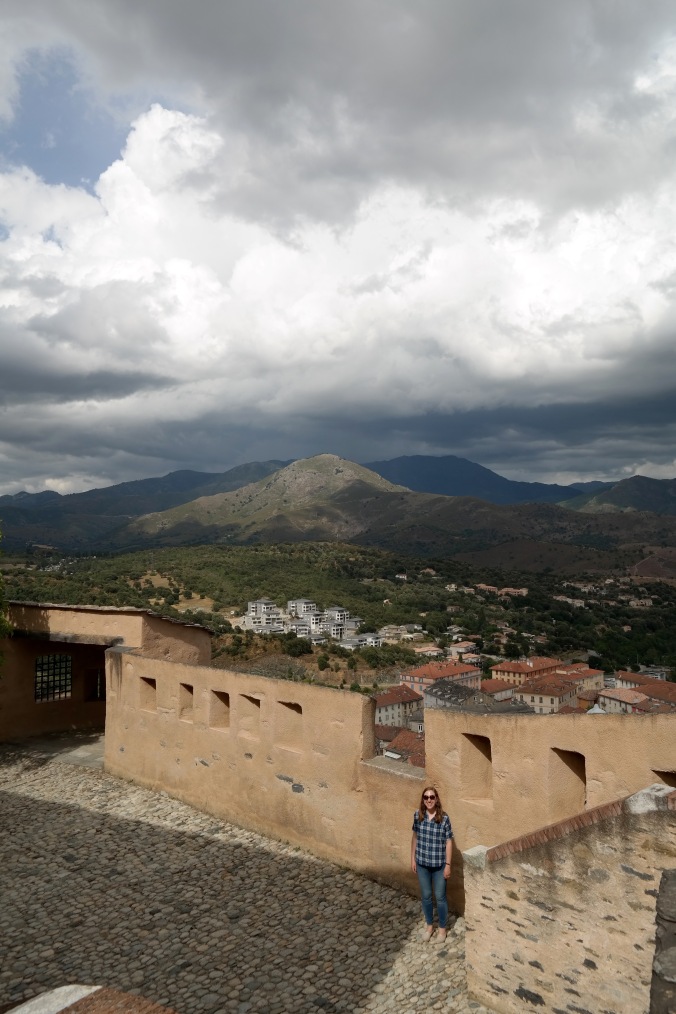 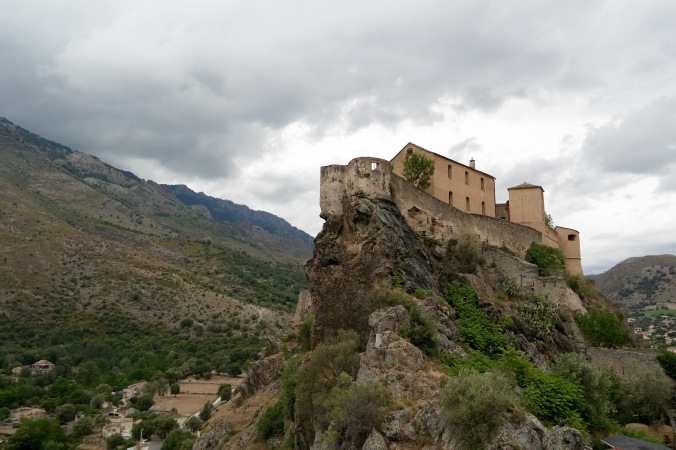 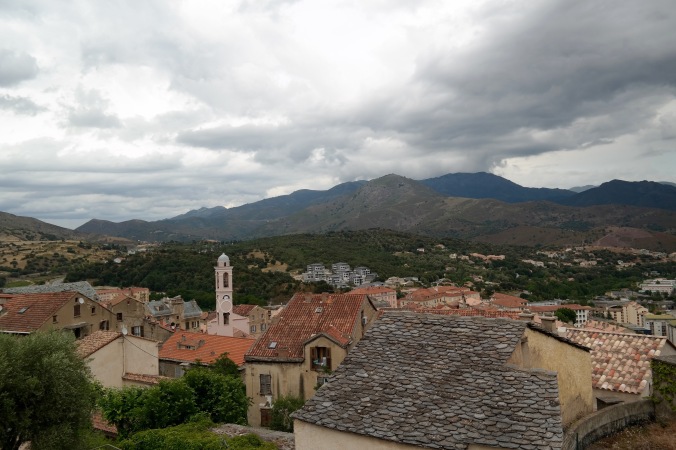 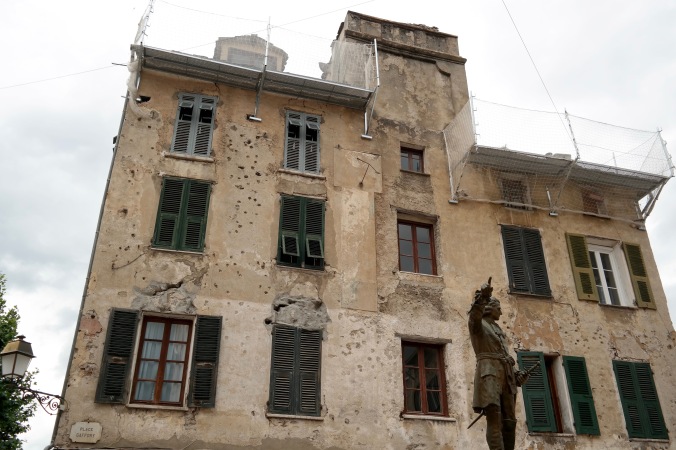 6 thoughts on “Corsica: Napoleon Had It Good (Part 1)”