Our friends moved to the Hague a few months ago and invited us to come see their new digs, so we caught an Easy Jet flight to Amsterdam last Friday and — a half-hour train ride later — were standing outside their adorable flat. The ease of European budget travel… It never ceases to amaze me. Gui and I didn’t make the best first impression on the locals though: We unknowingly sat down in the train’s silent car and were politely informed by a Dutch man that we should move along if we weren’t going to stop talking. Whoops.

Anyway, the trip was a particularly lovely one because we were in such good company and, of course, because of my crush on the Netherlands. The Dutch canal houses, blue and white decor, and seemingly overflowing supply of bicycles that besotted me in Amsterdam are alive and well throughout the rest of Holland.

Our adventure began Saturday morning in Delft — the town famous for the blue and white pottery — where we spent a few hours admiring the art, wandering through the flower market and sampling Dutch culinary specialties. I caught the herring tasting at just the right moment, no? 🙂 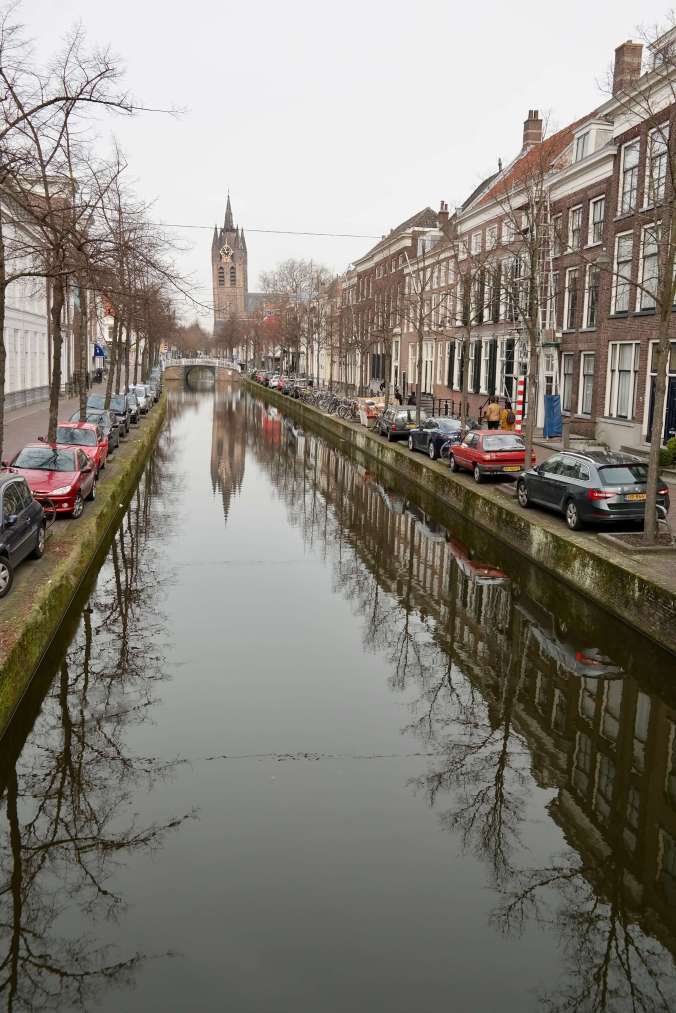 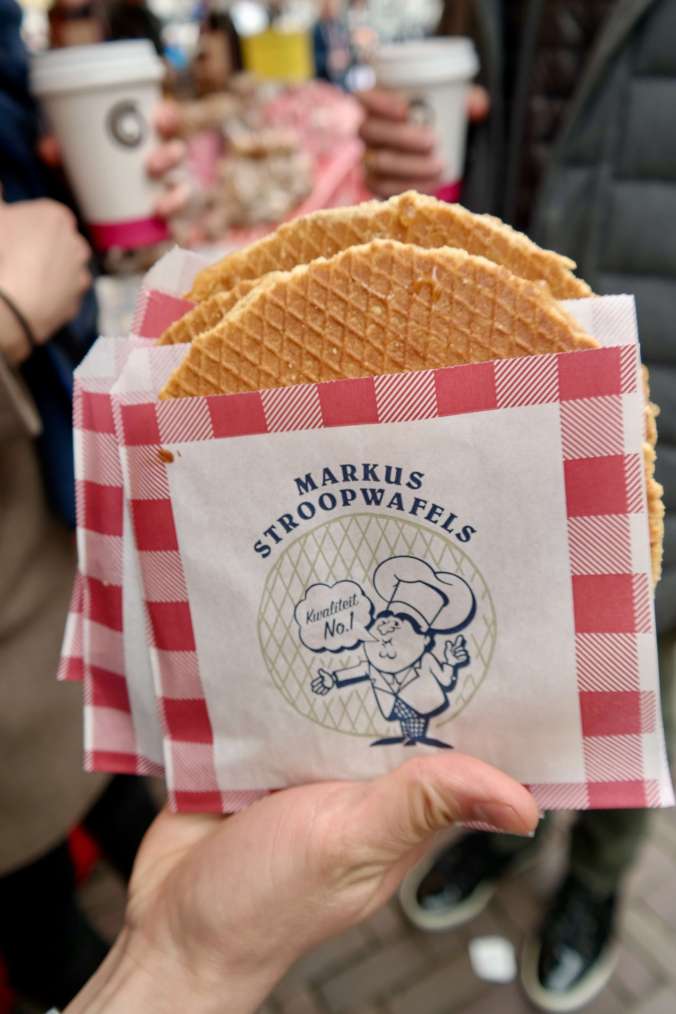 After exploring Delft, we took the train through Rotterdam to the town of Gouda where, of course, we sampled cheese. I’ve written about my love for cheese before (see my post on Gruyères) so I was a very happy camper, and we purchased a healthy hunk to take back to Geneva. Afterward, we wandered around town until we came across the local windmill, which was actually attached to a family’s house. Winner of the most Dutch home award, for sure! 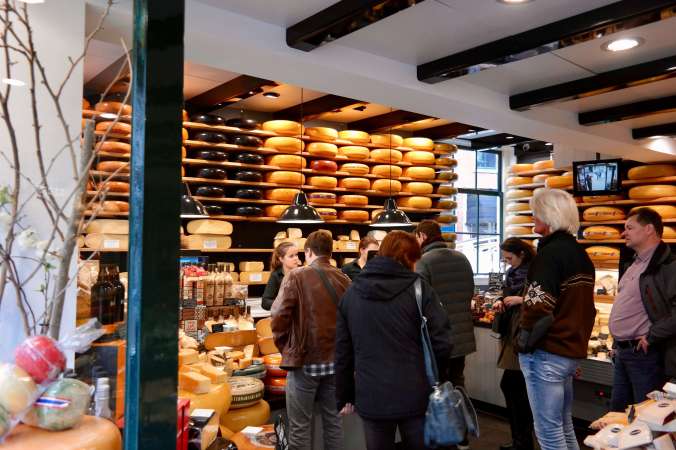 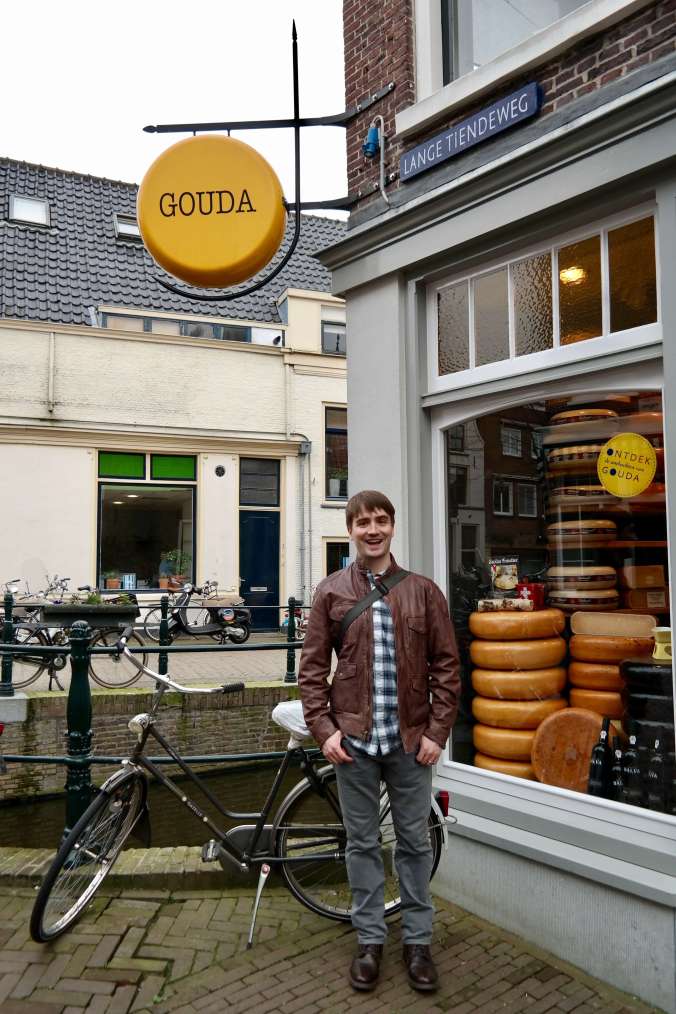 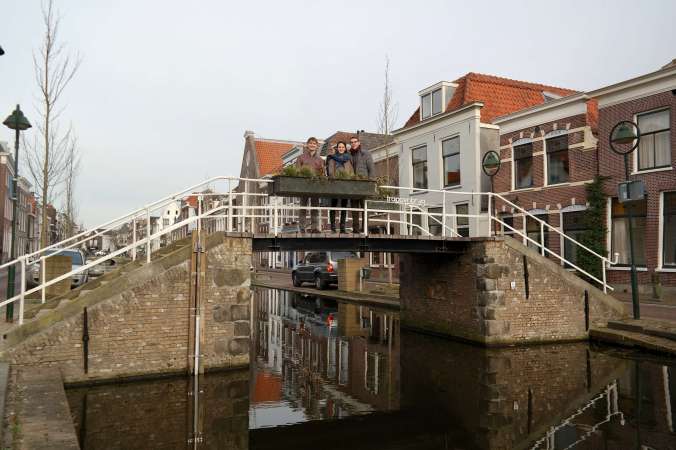 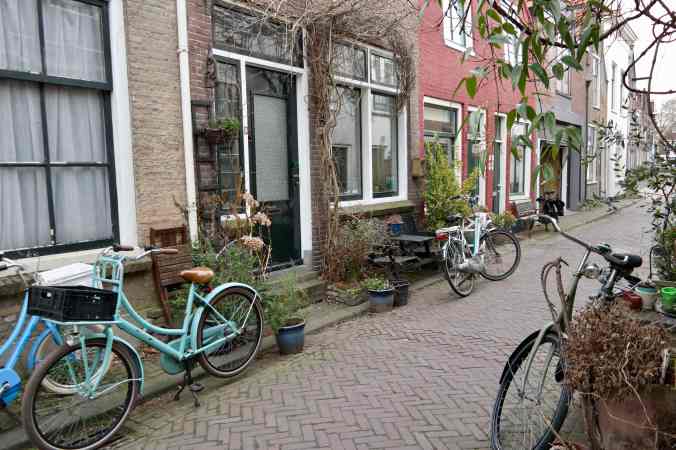 By the time we made it back to the Hague, it was almost time for sunset, so we took the tram down to the beach to watch the show. I was surprised to see that the city has a real sand beach — somewhat unusual for Europe — and it had a fair amount of loungers on its dunes despite the too-chilly-to-swim weather. The sky was overcast, so the North Sea seemed to just melt into the horizon. Afterward, we got drinks at a grandiose hotel bar overlooking the beach before heading back to our friends’ place for a vegetarian feast! Thanks for accommodating me, guys 🙂

On Sunday we wandered around the Hague, where we purchased stroopwaffles to bring back to Switzerland and Gui bought a map of 15th century Western Europe from a very cool antique map shop. We also went to the Mauritshuis art museum to see Vermeer’s masterpiece “Girl with a Pearl Earring,” which was even more beautiful in person than I imagined. The picture of me below was taken in front of the museum, inside of which I must have spent 10 minutes studying the painting. They have other impressive Dutch art as well, including the creepy Rembrandt painting of a doctor and his apprentices surrounding a ghostly white corpse. That was Gui’s favorite 🙂

It was another fabulous trip to the Netherlands, and we were a bit sad to say goodbye to both our friends and the country as we boarded the train back to Amsterdam. 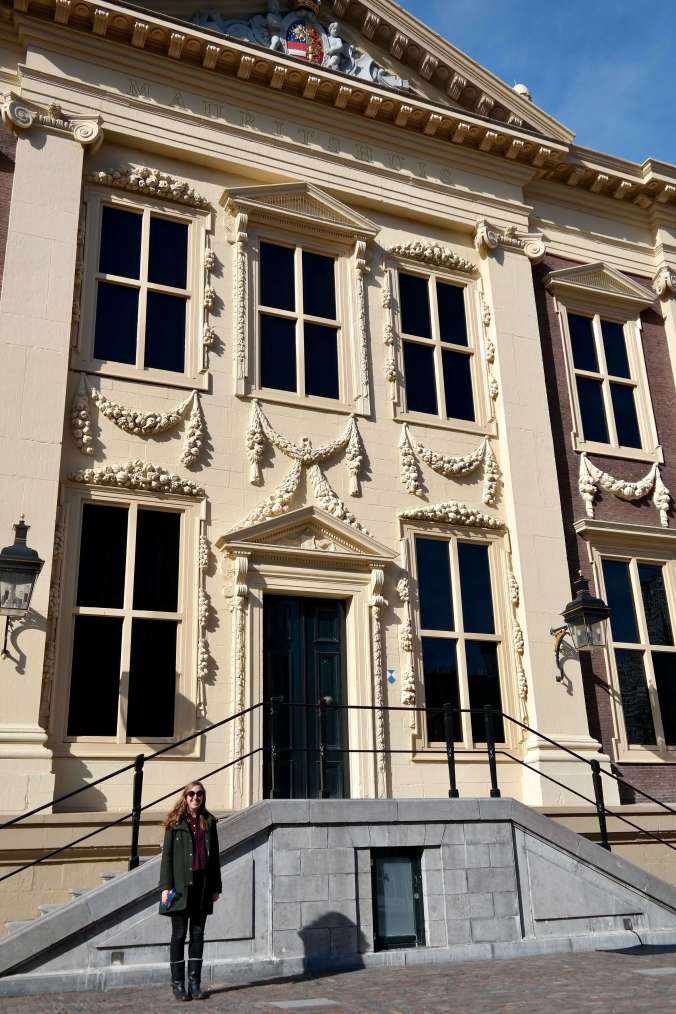