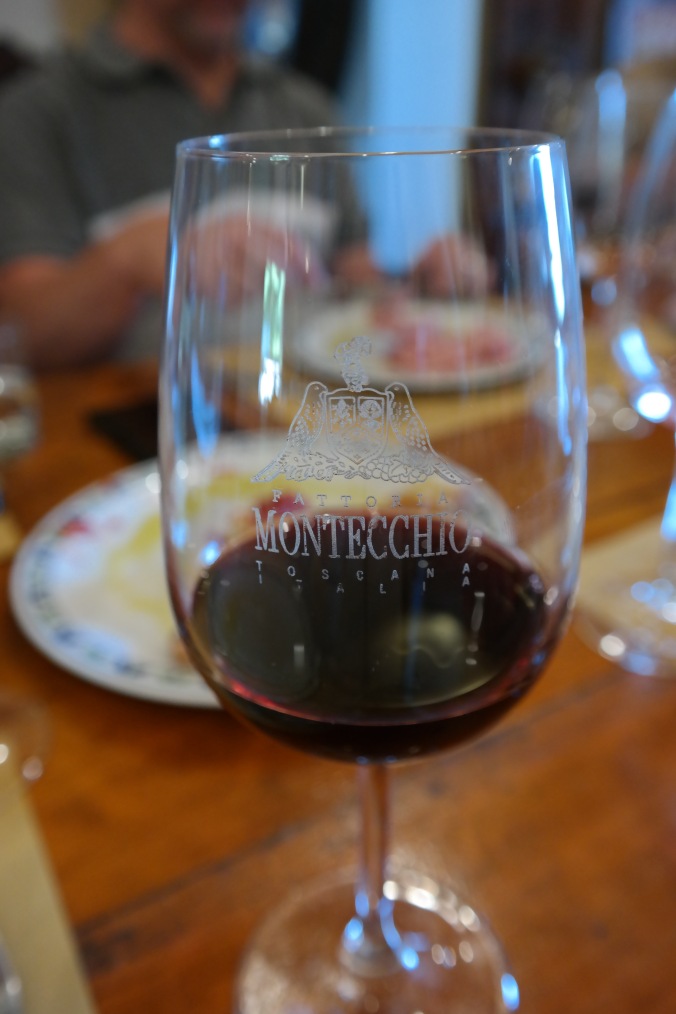 Our decision to book a half-day wine tour in Chianti, Italy, was a very last-minute one: We originally signed up for a Sunday bike tour through Tuscany that included a visit to a castle and wine and olive oil tastings, but we cancelled once we found out it was going to be 99 degrees outside. Then Saturday, hanging out at a cafe in Pisa, my dad used the wifi to scout out other options and snagged us seats on a wine tour in — the top selling point — an air-conditioned van.

When we set out Sunday morning, it didn’t initially seem so promising; our first stop was an American cemetery for soldiers in World War II, which was moving, but, well, not wine. Then we began the windy drive through the Tuscan countryside, making stops in the cute town of Greve and atop a hill for a panoramic view of the valley before arriving at Fattoria Montecchio.

The tour of the winery was lovely: We were shown around the grounds and cellars by a friendly and knowledgable guide, accompanied by two playful dogs. But the “tasting” at the end, now that was amazing. We feasted on plates of bread with fresh olive oil (also made at the estate), bruschetta, charcuterie and pecorino cheese, while sampling generous portions of their wines. The guide even let us taste one variety that was aged in terracotta pots, which I found very tasty, after someone in our group expressed interest. It was a fabulous afternoon that vastly surpassed all of our expectations. Guillaume and I took home bottles of their Chianti Classico Riserva and olive oil to recreate the moment in Geneva.

If you’re wondering about the photo below of my parents in front of the statue of Giovanni da Verrazzano in Greve, I’ll give you a hint: They’re recreating the U.S. landmark that bears his name. And the green things on top of the wine barrels in a later photo? They’re an invention by Leonardo da Vinci that lets the wine makers know if more wine needs to be added. Enjoy! 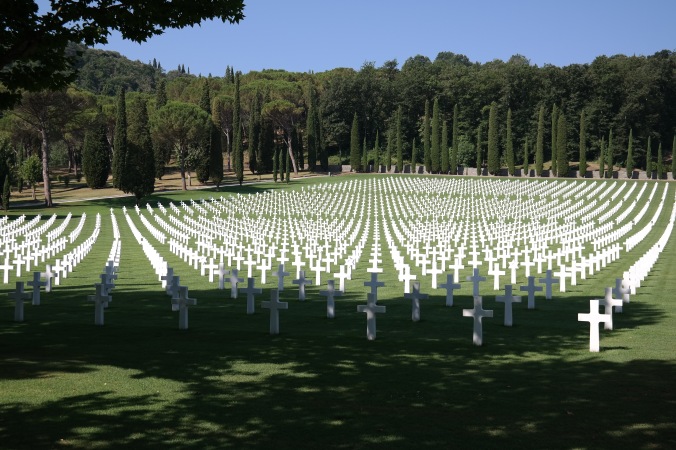 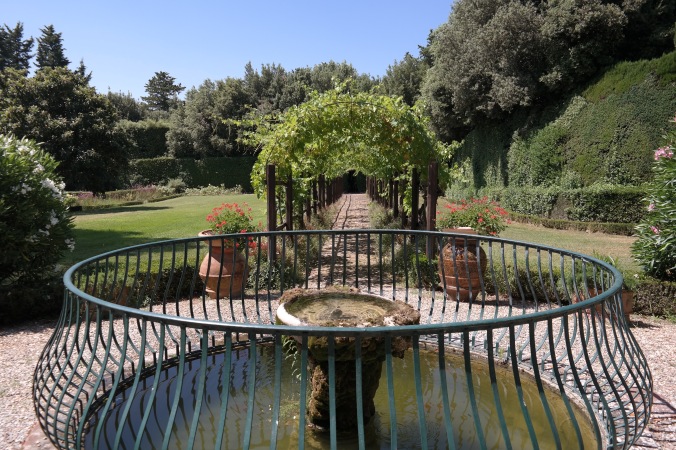 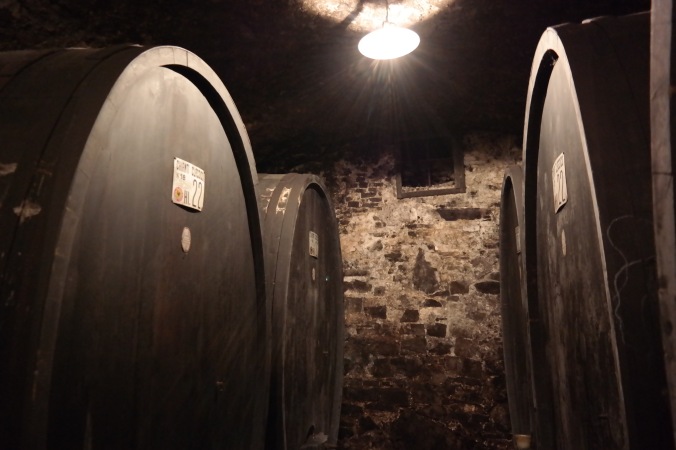 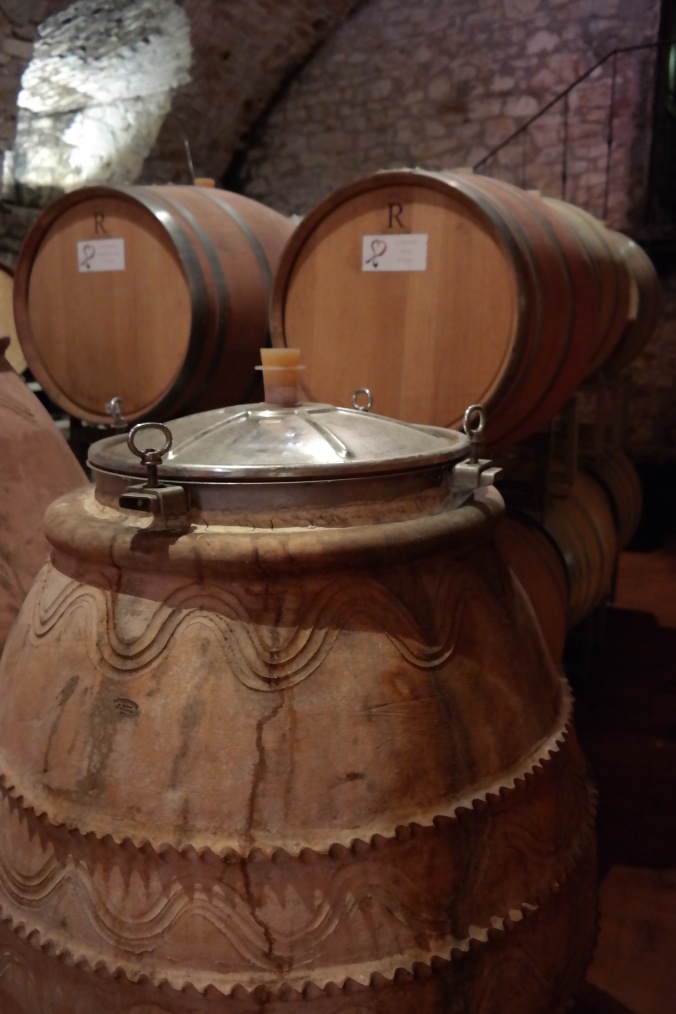 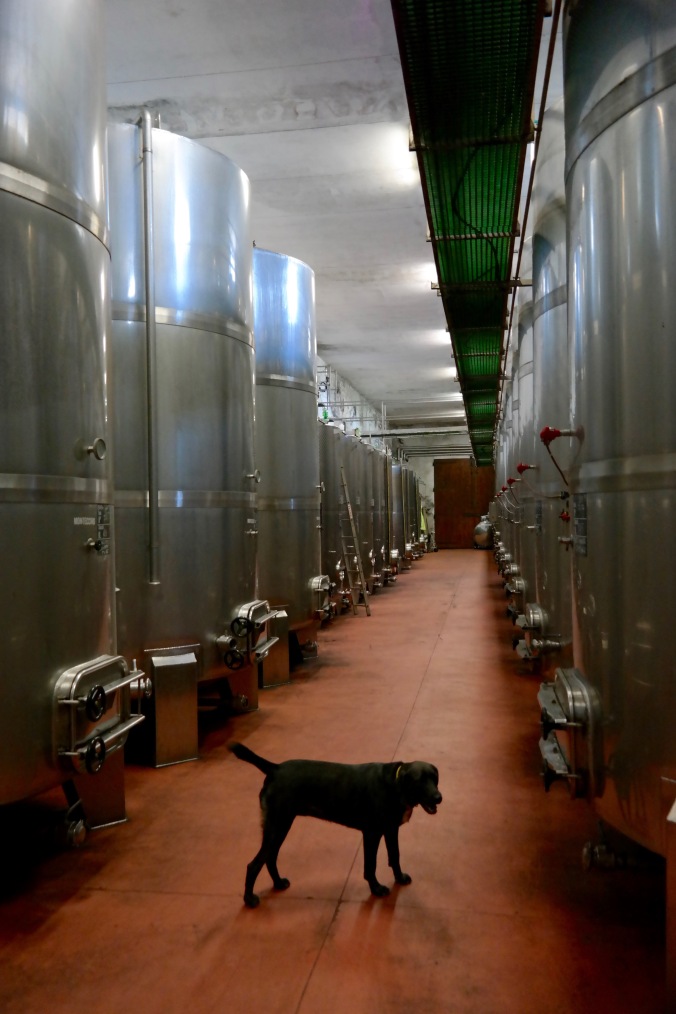 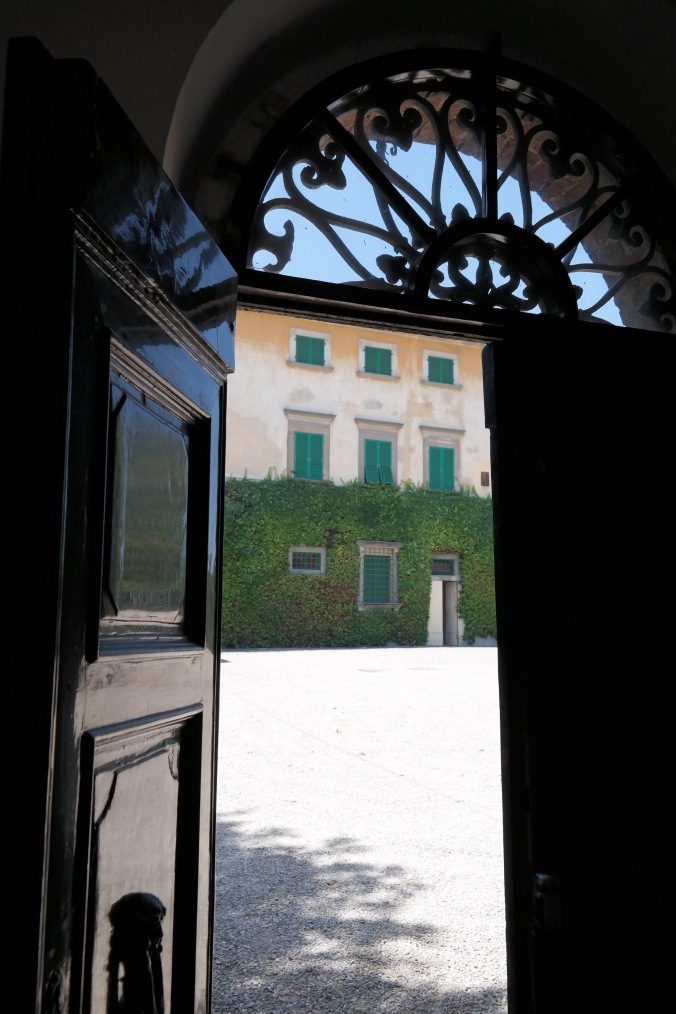 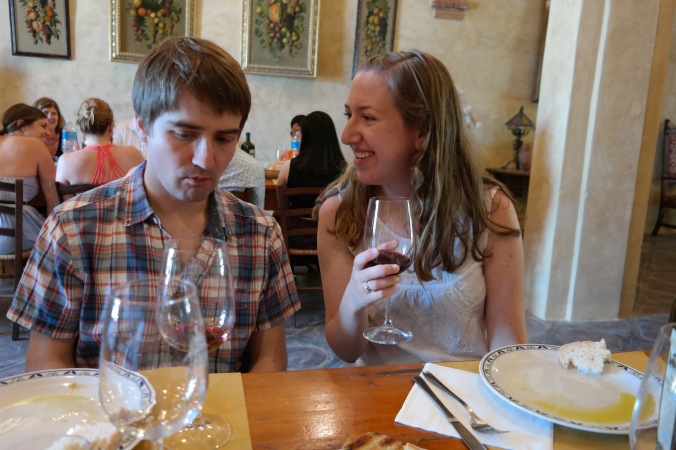 3 thoughts on “Chianti: Pour Me Another”