Last week was our return to “real life.” I started my all-day summer French language intensive, Guillaume was busy at work and in my downtime I was trying to catch up on more than two weeks of neglected housework (laundry, cleaning, restocking the fridge and attempting to revive my sickly plants). So when Friday night rolled around, Gui and I weren’t feeling enthused about our original plan to wake up early the next morning and drive three and a half hours to Provence. Instead, we decided we would take it easy and let ourselves sleep in. Then, if we woke up refreshed, we could head to Provence later that afternoon for an abbreviated visit.

Well, it’s amazing what a good night’s sleep can do. We woke up around 10am, ate a leisurely breakfast, decided to go ahead and book a rental car and headed to the airport at 1pm to pick it up. The available rentals were all in the “French sector” of the Geneva airport, which ended up being quite convenient because it has a special exit road that leads straight into France, making it easy to navigate to the highway that would take us down to Provence. The drive wasn’t so easy on the wallet, however. We were shocked by the cost of the tolls and, in the end, paid nearly EIGHTY EUROS roundtrip for the pleasure of driving on French highways. We checked to see if there was an alternative route for our return, but the drive would have gone from 3.5 hours to 6 hours, and we had limited time. A friend told me those prices are pretty normal for Europe, but wow, my American self was totally unprepared.

Luckily, we had an amazing weekend so it was easy to move past the toll shock. We spent Saturday evening in Avignon, checking out the city’s bridge made famous by a French song Gui is fond of from childhood, and had a late falafel and kebab dinner downtown. Avignon was in the middle of hosting its annual performing arts festival so the city was bursting with people, all of the buildings were plastered with posters for theater productions and parking spots were in short supply, but Gui did a heroic job navigating the tight quarters of the lot until we found one.

Sunday we woke up early and drove up some twisty mountain roads to the picturesque town of Sault, nicknamed the lavender capital. Along the way, we stopped to see some of the beautiful fields of purple that checker the green countryside, breathing in the thick scent of lavender with the steady buzz of busy bees in our ears (see my video here). We spent a few hours exploring – I just couldn’t get enough – before our hungry bellies led us to a Sault bakery for quiche and pastries. Then we drove back toward Avignon to see the Pont du Gard, an ancient roman aqueduct and UNESCO World Heritage site. The bridge was built in the 1st century AD, so it’s pretty incredible that it’s still in such good shape. I had seen plenty of photos of the site because it’s featured so often in France guidebooks, but the structure was so much bigger than I imagined. Check out the photo of me standing underneath the Pont to get an idea of its scale (yes, I’m that tiny little speck underneath the second image of the bridge).

We drove back to Geneva Sunday evening with a car full of fresh lavender, very eager to return to Provence at some point during our time in Europe. A bientôt! 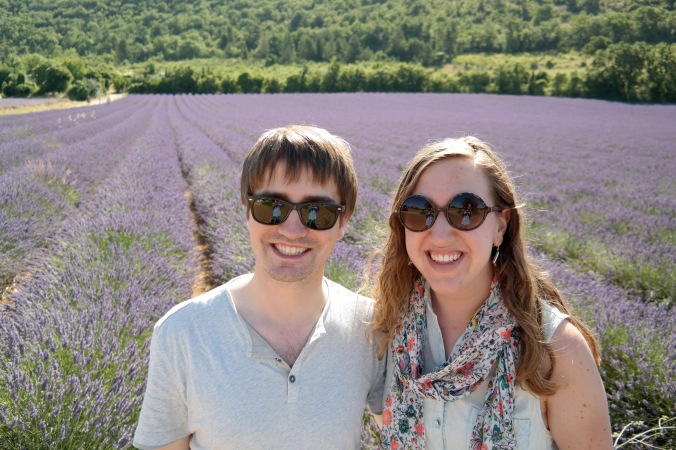 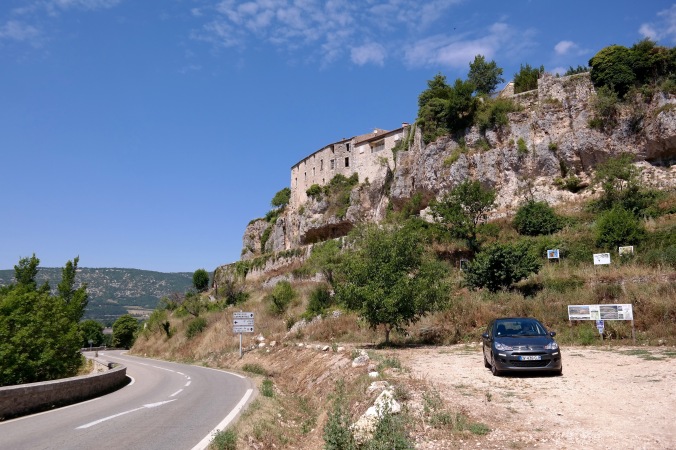