I must apologize for the radio silence. I meant to write this post months ago, but I never seemed to have the time — and then when I finally had the time last month, I put it off and off, overwhelmed by the prospect of having to put the happenings of the previous four months into words. I woke up this morning, brewed some tea and decided today would be the day. So let me try to recap…

In September — 2.5 years to the day that Guillaume and I packed our bags and moved to Geneva without ever having set foot in Switzerland before — Gui’s job decided we must repack our bags and return to the other side of the Atlantic to start anew in New York. I thought the move to Geneva was difficult, particularly as an American who did not speak French dealing with the crazy Swiss rental market, but I actually think our transition to New York was harder. We moved on Labor Day weekend and then had two weeks to find an apartment before I had to travel back to Geneva and Congo for several weeks for work. We thought we had experienced everything after navigating the Swiss system of “regies,” but we were truly unprepared for the “brokers” of New York City.

All of our bags next to the bus at Geneva Airport

Essentially, even though we only wanted to *rent* and not *buy*, we had to go through a broker — sort of like a realtor — for nearly every listing we found of interest. These brokers require a substantial fee — usually a percentage of the first year’s rent — on top of the security deposit and application fees. And while some are very nice and professional, others are quite slimy and lay out hurdle after hurdle to collect as much commission as possible once you express interest. I am so lucky that I had my wonderful mother by my side to view countless apartments in the 100-degree heat and help me laugh through all the madness while Gui started his new job. A million thanks, momma!

In the end, we found a cozy flat in the Brooklyn neighborhood that we had our eye on and had all the paperwork finalized in time for my work trip. But that was only the beginning of the moving process. Guillaume could not actually move into the new flat until later that month, so he put our six suitcases in storage and rented a small room in a nice man’s house via AirBnb. Once he got the keys to the new place, he flew down south to collect our boxes and drove them up to Brooklyn in a U-Haul with the kind help of my father. Our clothes and kitchen supplies were finally in our apartment, but we did not own a single piece of furniture — a situation I determinedly set about remedying when I returned from my trip a week later.

Gui and my dad beginning their U-Haul journey

November and December were a blur: We flew to the Netherlands to be a part of our dear friends’ wedding, then came back and voted for the first time in New York, then I traveled to Switzerland for work and then we went the North Carolina to see my family for Thanksgiving — our first in the USA in three years — where I somehow got horrible food poisoning. I began a contract break from work in December which gave me a full month to rest my brain, starting with an incredible trip to visit one of my favorite people in Uganda followed by six days in Tanzania on safari. My family visited us in Brooklyn for Christmas while Gui worked, then we went to Gui’s family in Canada for New Years — oh and in the middle of all that we rescued a puppy! Meet Hamilton, in the final photo below, who is finally sleeping next to me as I type after waking us up at 4am. Thanks, pup! 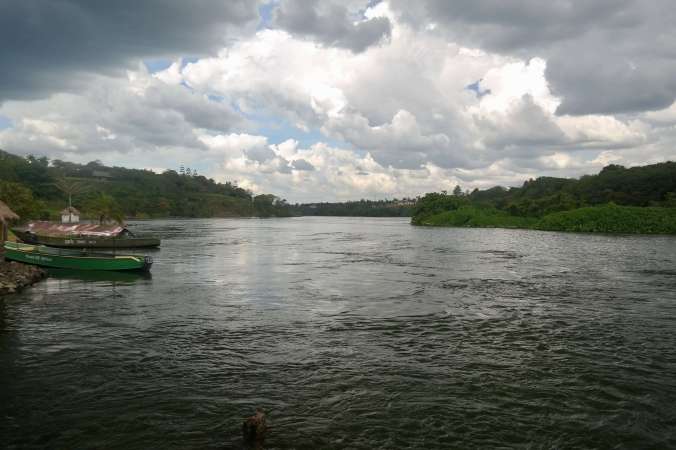 Source of the Nile River, Uganda 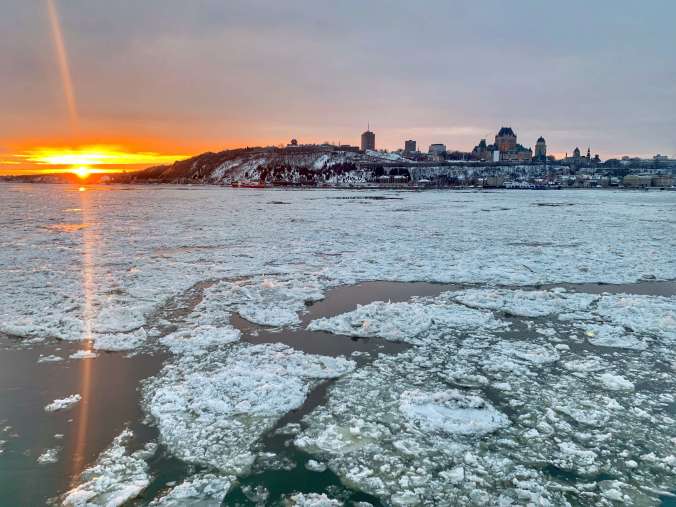 I’m still deciding what to do with the blog now that I’m back in the states. When I’m feeling motivated, I may share some of my photos from the Serengeti, of which I am really quite proud. Or I might just stay dark for another few months and pick back up when I feel less scattered.

What’s certain is that I want to thank you for following my journey over the last few years and for your support and encouragement every step of the way. I am so grateful.

Wishing you all a happy and healthy 2019!

Me and Gui in front of Mt Kilimanjaro 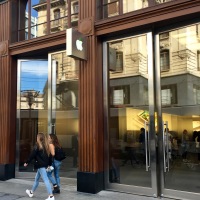 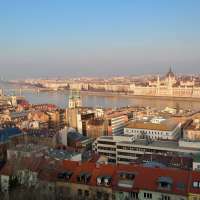